After another contributor to Left Coast Rebel published a post about Mr. Obama's recent targeted killing of a U.S. citizen, Anwar al-Awlaki-- a post which I must say I found disconcertingly uncritical and unconservative in its praise of Obama's action, defending the president with unreflective and inaccurate legal reasoning-- there followed a very heated debate between those who shared my concerns and those who supported President Obama.

In order to present a well-reasoned alternative view that answers all the arguments of Mr. Obama's supporters in this matter, I am publishing below the entire text of my most recent article. A big thank you in advance to the Left Coast Rebel for providing this website as a forum of information and discussion about these issues at so critical a time in our nation's history! 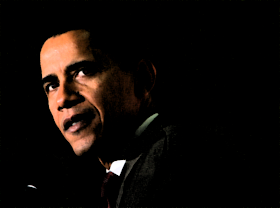 As Judge Andrew Napolitano remarked of the summary execution: the power to order a citizen's death without a trial by jury is not the power of a president, it is the power of a king.

Unfortunately, many well-meaning, but confused conservatives have cheered President Obama's action, defended it, and even dismissed thoughtful critics as crazy, out-of-touch, or "weak on national security."

Let's examine the arguments for and against the ordered killing of suspected terrorist and U.S. citizen Anwar al-Awlaki to see if we can make any sense of the matter.

The Fifth Amendment to the Constitution of the United States says: "No person shall be... deprived of life, liberty, or property, without due process of law." That's the law in this country, the "supreme law of the land," in fact, and the president is not above it.

In America, when people commit crimes-- even violent crimes like serial murder-- they are brought to justice in an orderly legal proceeding with a public trial by a jury of their peers. They have the right to answer charges against them and argue against those charges. This system was not set up to protect criminals, but to protect the innocent.

The Constitution says that no person shall be deprived of life without due process of law. Because of this, the president has no legal power to simply order the death of a U.S. citizen who he suspects of terrorism. Such an action is unconstitutional and illegal.

Objection: "But Anwar al-Awlaki was a terrorist! He was committing treason in open warfare against the United States, so he forfeits his right to a trial by jury."

This objection is actually false.

Article III, Section 3 of the U.S. Constitution says: "Treason against the United States, shall consist only in levying War against them, or in adhering to their Enemies, giving them Aid and Comfort. No Person shall be convicted of Treason unless on the Testimony of two Witnesses to the same overt Act, or on Confession in open Court."

Even the part of the Constitution that deals specifically with treason and open warfare against the United States by a U.S. citizen takes for granted that the citizen has a right to a trial and must be legally convicted of treason, adding that such a conviction requires the testimony of two witnesses to the same overt act of treason. The president cannot simply order a person's execution without a trial. That is the law in the United States.

If they support anything, this nation's conservatives should support law and order, specifically holding those who administer law to the highest standard of all in observing it and carrying it out in an orderly, legal fashion. Even in the pursuit of dangerous terrorists and criminals, one cannot support lawlessness and disorder while claiming the mantle of conservatism.

Objection: "The Constitution isn't a suicide pact. These terrorists are dangerous mass murderers and sworn enemies of the United States. We can't just treat them like common criminals: they're enemy combatants in open warfare."

As noted above, even citizens who levy war against the United States, as outlined in Article III, Section 3, must be convicted and brought to justice in accordance with a legal process required by the Constitution, which involves making specific charges against the accused and giving them the opportunity to answer those charges in a court of law.

These protections aren't there for the guilty; they are there for the innocent. Making special exceptions and rescinding these constitutional guarantees in the case of people who the president says he is certain are guilty (while declining to even provide reasons for his certainty or make public a set of criteria for ordering targeted killings of U.S. citizens-- calling that information classified) is not only illegal, it gives the president a sweeping power to target anybody for killing without trial, including the innocent.

This is a precedent that should worry conservatives specifically, who have been characterized as terrorists themselves multiple times in the past two years by Obama's Administration, Congressional Democrats, and mainstream media publications.

In 2009, two different Department of Homeland Security memos circulated to warn state police departments of the rising threat of terrorism from so-called right-wing extremists who are too verbal in their opposition to the Obama Administration or the income tax, too active in their support for certain Constitutional Amendments like the Second or the Tenth, or even those who have pro-life bumper stickers on their vehicles.

Critics of the Obama Administration's summary execution aren't necessarily sticking up for Anwar al-Awlaki. In an interview on Fox News, Ron Paul even called the killing "a net positive." Critics like Ron Paul are sticking up for you. They are simply and correctly opposing the idea that the president has the legitimate authority to accuse an American citizen of being a terrorist, sign his death warrant (someone please find that term in Article II of the Constitution), and have him killed.

That power is nowhere to be found in the Constitution. In fact, it is specifically prohibited. Once the president is allowed to usurp that power and exercise it, even if he may wield it for good, there is no guarantee that a future president might not use it for evil. By then, it will be nearly impossible to stop him because his actions will be vested with the aura of the national security interest.

The president's reasons for summary execution without trial will be hidden away, inscrutable, unimpeachable. He will not have to give reasons. He will not have to justify his actions. He will not be held to account for them. There can be no such thing in a free society as an unchecked, unaccountable power to kill. A free nation is a nation of laws, not a playground for politicians and bureaucrats above the law. Today they kill terrorists. Now that they have this power, what will stop them tomorrow from killing innocent Americans?

Objection: "You're saying that if a terrorist is mowing down people with a machine gun, police can't just drop him with a bullet. They have to let him finish his business and then go up and read him his rights."

This is absolutely false. There is a difference between responding to a criminal or terrorist act in progress and apprehending a criminal or terrorist suspect. Even private individuals have the legal and moral right to defend themselves or others with deadly force from a violent crime in progress, and American conservatives correctly recognize and jealously defend that right.

At the moment a person suffers a violent assault from a criminal, that person or vigilant bystanders may act in self-defense by responding in kind with violent force because in that moment, there is no possible appeal to a higher legal authority. The aggressor and his victim might as well be in a jungle without the benefit of a society and its system of law, and the victim is fighting for his bare survival against the aggressor's assault.

Likewise, an intervening police officer may justifiably shoot a criminal gunman he finds in the very act of taking innocent lives on a spree. But if the gunman were to get away, that police officer may not go out on orders from the mayor to find and summarily execute the first person that he nabs as the likely suspect. There would be lawlessness in this country if police departments were empowered to round up and shoot people they suspected of very dangerous and violent criminal behavior without having to even explain or justify their actions.

That's why the "Really Bad People" argument fails to justify Obama's summary killing of Anwar al-Awlaki. In this country there are lots of "really bad people" like serial killers, arsonists, and bank robbers, but they are not simply killed without trial by an executive authority. They are brought to the judiciary to be tried by a jury of their peers. Again, this is not a courtesy to the criminals, but a diligent and orderly process for sorting out the innocent from the guilty, as well as a safeguard against unrestrained tyranny.

The issue is precisely this: Does the United States president have the legal power to simply accuse an American of terrorism and order him killed? Legally, morally, historically: the answer is resoundingly, No.

And if we do not want to lose forever the lessons in the experience of our Founding Fathers, we had better do well to remember that for them, the most important aspect of national security is to make sure our nation is secure against the oppressions, abuses, and overreaches of its own government.

Wesley Messamore, 24, is an independent journalist and political activist who believes in the Founding Father's vision of a free, enlightened, and moral America. He also blogs at his own libertarian website.
Share

Commenting here is a privilege, not a right. Comments that contain cursing or insults and those failing to add to the discussion will be summarily deleted.